1865 - Not Necessarily the End of the Civil War

In 1865, when Kentucky Union veterans were discharged from their military service, the men did not return to safe neighborhoods and homes unlike other Union soldiers, who, for example, lived in neighboring states such as Ohio or Indiana. Ravaged by nearly 3 1/2 years of war, many soldiers found their families impoverished or driven from the state, their homes destroyed and plundered and the fields left destitute. The war, although in its last stages, had not abated in Eastern Kentucky and was still a harsh reality. 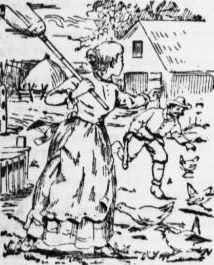 Living conditions for many civilians remained desperate. A visitor to the area described what he witnessed at the Mouth of Jennies Creek in Johnson Co. KY: "On visiting the spot we found a wretched hovel, filled with dirty ragged women and children, whose garments were made out of worn out soldiers clothing and blankets sewn together, presenting the most wretched and squalid poverty."

As late as July 1865, the situation had improved but little. The Newport, Kentucky, newspaper Free South noted, “In and about Catlettsburg, Piketon, Louisa, Paintsville, and through the mountains of Eastern Kentucky, the Union people were robbed of nearly everything during the hopeful days of the rebellion, and many of the determined Union men were murdered. Left in this hopeless, destitute condition, they fell a prey to the dictation and loss of the heartless dominant power, and are now in the most wretched condition. Many children are entirely naked and women nearly so, and careless of their person. The most of the Union men not slain fled for safety; others yielded, subservient to the slave power, producing the most reckless, headless condition that mortal man could be placed in … None can visit this part of Kentucky without coming away in sorrow and tears.”

The veterans felt that they had returned home from the service but not from the war. Guerrillas, deserters, horse thieves and other lawless elements, that the fortunes of war had brought together, were still roaming the hills and hollers and the mountain sides were reverberating from the sound of their guns. On Jan. 31, 1865, Thomas E. Bramlette encouraged the veterans being mustered out to organize and form units for the “defence [sic] of themselves, their homes, and the country. All of those veterans who will form organizations shall be so armed and paid, if formed for twelve months' State service.

Some of the men may have availed themselves to this opportunity but other veterans regarded the situation as a personal matter which they intended to settle the way they saw fit, without the sanction of the state authorities or military. 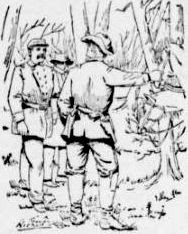 On February 1, 1865, John Means wrote, “There are some parties living in the edge of Greenup and Carter who are making raids into Carter and Morgan They claim to be Union men if they did not we should call them guerrillas. They have taken horses - clothing men's womens & childrens, and from men with whom I used to be acquainted who were honest and peacable men - Unless some steps are taken to stop we will soon have them turning their attention to their neighbors.

Some are returned soldiers who say they cannot live at home unless they are banded together and drive out the rogues near them If the others undertake to retaliate there will soon be no living back in the country, between the two parties.”

In March of 1865, the presence of guerrillas was noted by Peter Lesley, a geologist, who embarked in Johnson Co. KY with a friend, mounted on cavalry horses, "into the most tremendous land of crags, ravines, cascades, oil springs, forests and geuerillas (sic), and reached Wash Webb's, to sleep in a cabin, while an old woman with a pipe studied curiously our mode of undressing. Before retiring we had a guerilla fright; not a pleasant episode."

On a different occasion a gentleman from Pittsburg, who strayed off from his companions, was captured by rebels, and taken to the commander's headquarters near Piketon. Fortunately, the man was released and given a pass by the commander, saying that, “oil men should not be disturbed in their efforts to develop the country.”

During the final days of the Civil War, members of Captain William Horton's Company, 10th KY Cavalry [CS], terrorized Unionists in what is now Elliott County, as well as in Lawrence County, Kentucky. On April 24, 1865, Hugh Boggs and his first cousin, James Boggs were working in a field near the mouth of Colliers Creek when they were shot and killed. 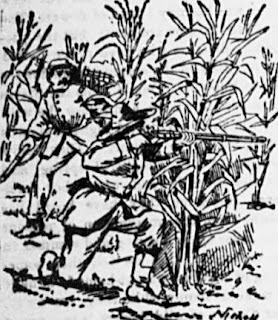 On April 30, 1865, 105 officers and over 1,000 men of Morgan's old command surrendered at Mt. Sterling and Eastern Kentucky was, according to the authorities, now clear of rebel troops. Nevertheless, in certain areas like Morgan County, KY, the rebels had no intentions of giving up the fight.

In late September of 1865, Captain John T. Williams, with about fifty followers, arrested the United States Collector of Internal revenue in Morgan County, KY, and compelled him to desist from his business. According to a report in the New Hampshire Patriot, “He has also arrested every man who has brought suit against any rebel, and compelled him to withdraw it. A company of United States forces attempted, without success, to drive this gang from the county. More troops have gone to the scene of action. Gen. Brisbin hopes to capture the party.” 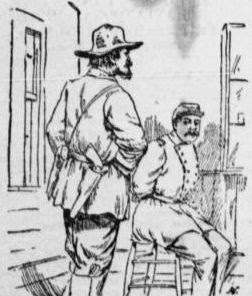 Shortly thereafter, the federal troops returned to Lexington, bringing with them the United States collector. The Hartford Daily Courant noted, that, “Captain Johnson, who commanded the expedition, reports that on his approach the guerrillas disbanded and scattered in all directions. Captain Johnson was bushwacked, and his pickets fired on and driven in at night. The country is full of robbers and guerrillas, and the people are in terror. The guerrilla Williams has forbidden the collection of any more United States taxes, and Mr. Geardon says he cannot go back and collect the revenue without troops to protect him.” Accordingly, General Brisbin ordered United States forces to “at once occupy and garrison Bath, Floyd, Morgan and Wolfe counties.” 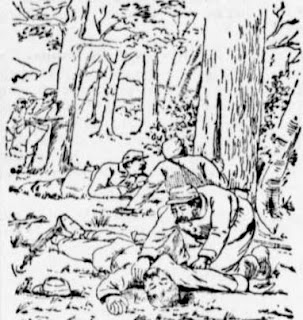 In some instances, guerrillas and outlaws who had lived for years outside the bounds of the law had trouble re-entering into society and return to a normal life style. One example was Peter Livingston, a well-known Confederate guerrilla, who, shortly after the end of hostilities, purchased Cracker’s Neck, a noted guerrilla hang-out during the Civil War in Elliott Co. KY (formerly Carter Co. KY). He cleared away the timber, laid out fields, built roads, erected houses and opened a store.

Livingston’s business soon flourished, and seemingly a pleasant man, he made fast friends with the locals. Behind this façade however, Livingston hid a dark secret. No one suspected that he had a hand in the lawless acts which were fast driving people out of the mountains, and deterring others from coming in to take their places. Once again, Cracker’s Neck became a favorite rendezvous spot, but this time for criminals, thieves and counterfeiters who made their headquarters among the wild gorges and deep forests from which they emerged at frequent intervals. Robberies were a frequent occurrence and stolen horses and cattle were driven out of the blue-grass by the hundreds. They would be secreted here until the excitement had passed, and then conveyed across the Ohio River and sold. This activity continued for years until the fall of 1877, when, by a chain of events, Livingston’s role as head of the gang, which by then numbered roughly 300 men, was discovered and forced him to flee the county in order to save himself from being lynched.

In some places, hostility between parties continued to linger for a long period after the close of the Civil War. In Carter Co. KY, feelings ran high against all who had served in the Union army. Mordecai Hensley, a former soldier in the 14th KY Infantry (US), continued to live at his home for five years in spite of all the ill will which most of his neighbors bore him. At length, however, fifty men banded together and attempted to capture him and it was with difficulty that he escaped into the timber, reaching the Ohio River, which he crossed. Others moved from the area, whether forced to move like Mordecai Hensley or driven by a sense of adventure.

These unsettled times gave rise to bands of “Regulators”, notably in Lawrence, Carter, Elliott and Rowan Counties, KY, who dispensed their own brand of justice to wrong doers. In some instances animosities finally erupted into full scale bloody feuds such as the Underwood War or the Hatfield and McCoy feud.

It would take years before peace and calm would return once more to Eastern Kentucky. However, life as it had been known before the war was never again the same. The bloody strive of the Civil War had inflicted wounds on the people in Eastern Kentucky that were slow to heal over time and left permanent scars.